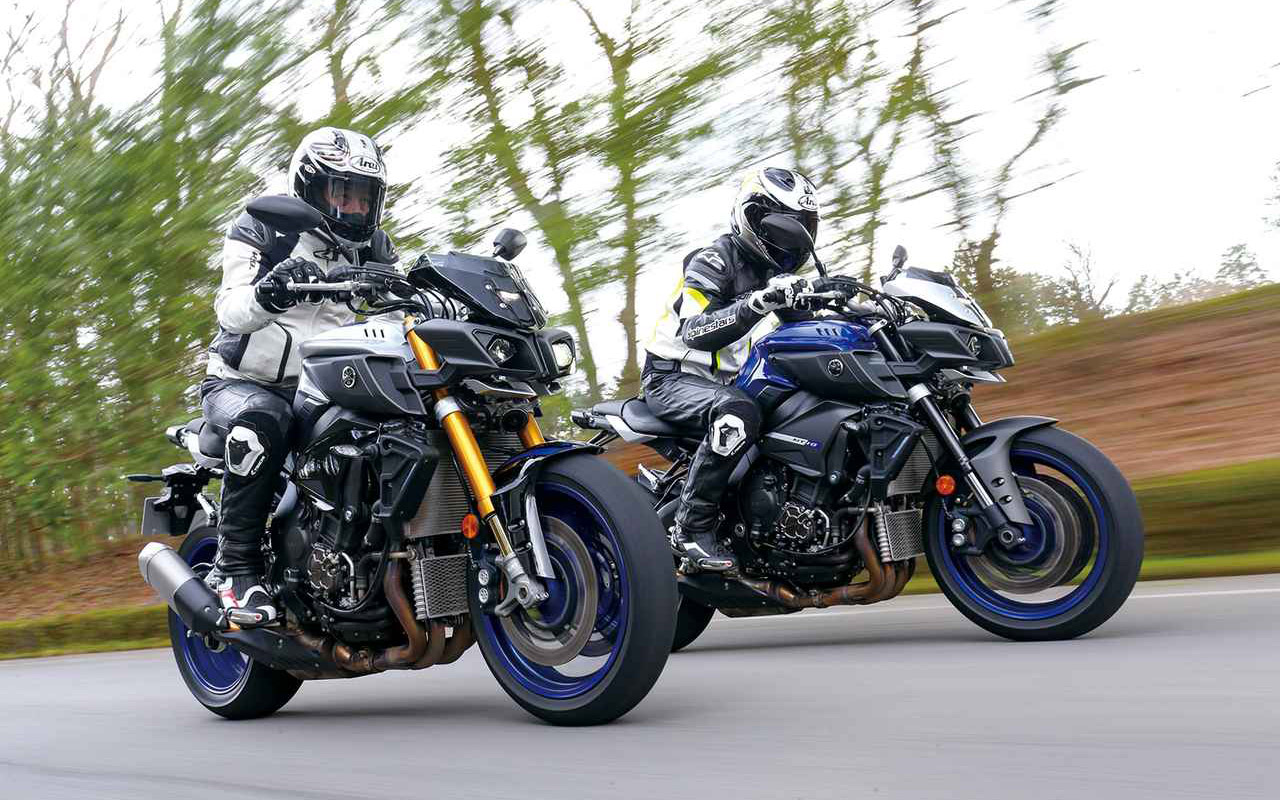 The term Naked, in the world of motorcycling, is actually hard to define. From the year dot, motorcycles were ‘naked’ i.e. they had no fairing. But then along came fairings and motorcycles needed classification. So by default, a normal motorcycle became a ‘Naked’.

Naked bikes are also known by other terms; Roadsters, Street bikes (thanks to our American chums), Commuters, Unfaired and even Muscle bikes. They all cover the genre of motorcycles where it’s just you, the bike and a decent amount of windblast.

However there are other ‘naked’ bikes that don’t technically fit in the Naked category. Take Modern Retros for example – a lot of these are naked bikes with old-school styling. Or the humble Supermoto, I’d argue that’s naked and if you’ve ridden one over 70mph, you’d back me up on that one.

If you’re still with me (and you’d be forgiven if you weren’t), the Naked bike category is almost the category where bikes end up when they don’t belong to any other.

That’s not to say they’re no good, no. In the religion that is motorcycling, those who worship the values of Naked are part of a broad church. It’s a welcoming church, where flies are sacrificed on visors, where large neck muscles are praised and members rejoice in the power of wheelies.

The significantly upgraded Speed Triple RS by Triumph is constructed from an aluminium beam twin-spar frame. Featuring a new, freer flowing exhaust with race-style twin upswept silencers and a 15.5L fuel tank. Available in a choice of 2 colour schemes, with contrasting colour accents that catch your eye. The Speed Triple RS also has a stunning 5” colour instrument display for a seriously modern look.

Essentially a naked YZF-R1, the MT-10 SP was manufactured in 2017 by Yamaha. The upgraded crossplane engine gives the bike better performance all round. The SP’s short wheel-based chassis is equipped with fully adjustable Öhlins Electronic Racing Suspension (ERS); which automatically adapts to road conditions for a higher level of control. The MT-10 SP sports a gorgeous colour scheme which pays homage to the YZF-R1M.

With the usual orange details on the bodywork, the 790 Duke looks mean; and thanks to its LC8 parallel-twin and lightweight frame, feels incredibly dynamic too. The 790 Duke comes with ABS as standard and features a supermoto mode to really keep you entertained. With lean-angle sensitive traction control, quickshifter+, and launch control. The modernised TFT dashboard also includes an optional feature, KTM MY RIDE, for a more straightforward smartphone connection.

It’s such a great bike, whether you’re a less experienced rider or you’ve got a track record tracing back to an FS1E, the MT-07 is one of those bikes that’s addictively fun. The updated design of the MT-07 now makes it look similar to the MT-09. The saddle has also had an upgrade and now has a new riding position and extended sides that reach the tank. The suspension has been improved, making your ride feel sportier and while the rear shock is basic, it has a rebound damping adjuster. It’s also A2 compliant, so you can derestrict it when you’ve got a full motorcycle licence.

With an upgraded chassis from the previous RR model, the S1000R is more rigid and has a much improved mechanical grip. The same vibration-reducing bar mounts and engine enhancements as the XR are present for more comfort. The once optional HP titanium silencer is now standard plus, the intake has been dramatically modified for increased airflow and more induction noise.

The Best Unfaired Motorcycle for You

The best way to figure out what’s right for you is to think about what type of riding you’ll be doing, then work out what characteristics you want in a bike. If you want something that’s got character, go for a twin or triple, if you want a smoother engine response, a four-cylinder bike will work best. Then think about budgets and running costs such as insurance. Bigger-engined bikes will cost more to run.

Do you know roughly what you’ll need to budget to insure your naked bike?

We’ve created a motorcycle insurance estimator that asks no personal questions and takes just 1 minute to fill out. It’ll give you an accurate idea of what it’ll cost to insure your first motorbike.