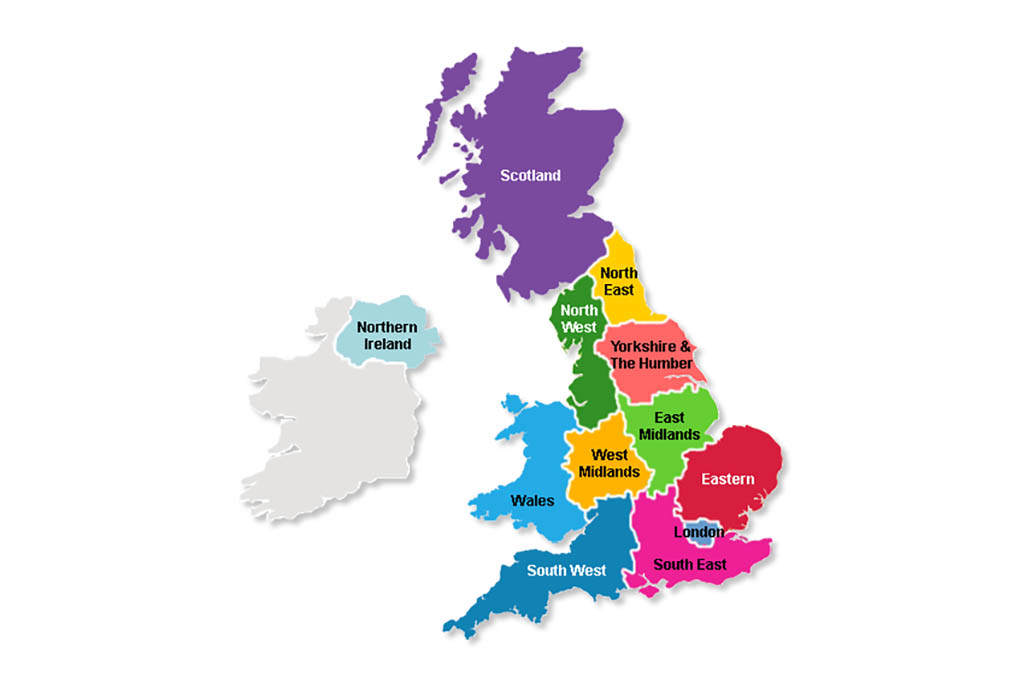 THE COUNTIES of Bristol, East Yorkshire and Herefordshire have the highest number of motorcycle thefts per resident, according to stolen motorcycle data recorded over the last 12 months.

The UK-wide study has been compiled by BikerRated.com from data collected by bikersunited.co.uk, the UK’s stolen motorcycle database.

The report also compares the number of motorcycle thefts in England, Scotland, Wales and Northern Ireland. It looks at each of these countries in their component regions and counties, revealing the worst regions and individual counties for motorcycle theft across the UK.

A study by the British Motorcyclists Federation shows that 1 in every 46 registered motorcycles were stolen in the UK in 2018. Motorcycle theft is a huge issue, with many bikers having lost confidence in the police, who are seen as being slow to tackle motorcycle theft and moped-enabled crime. 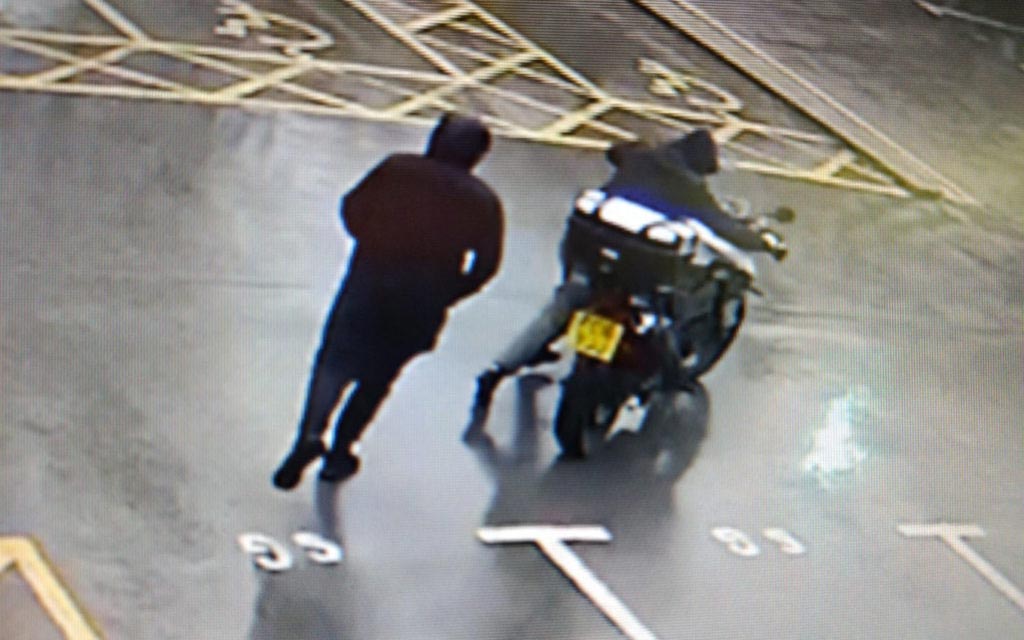 It’s unsurprising that England tops the charts with the highest number of reported motorcycle and scooter thefts over the past 12 months. However it’s margin of dominance may surprise some.

Stolen Motorcycles in England By Region 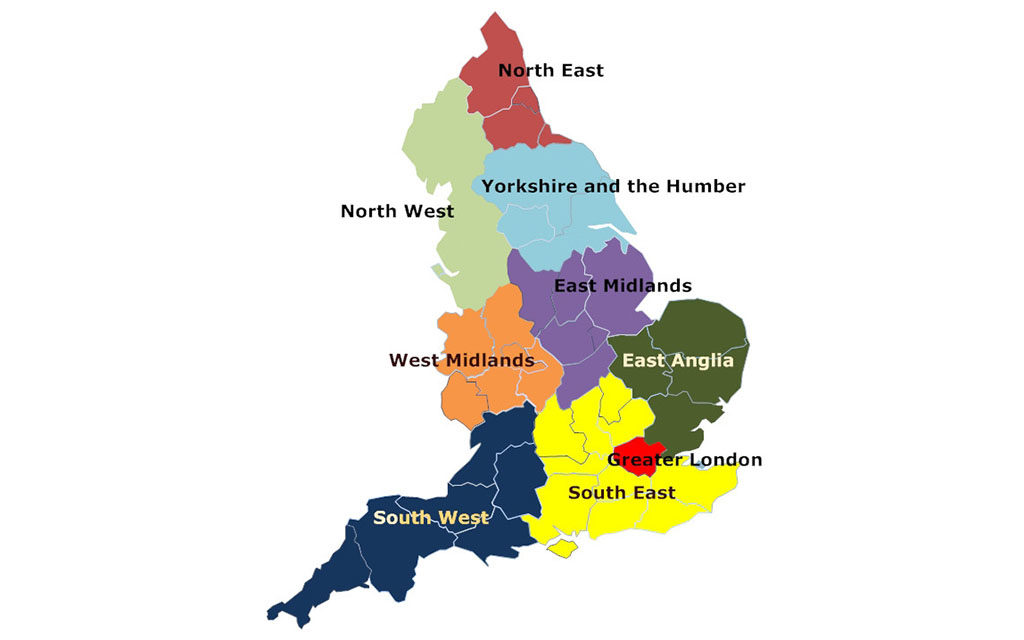 Greater London makes up more than a quarter of England’s total reported thefts, followed by the South East with almost 17% and the North West with 14.5%. With thoose three worst regions accounting for 58% of all motorcycle theft in England. 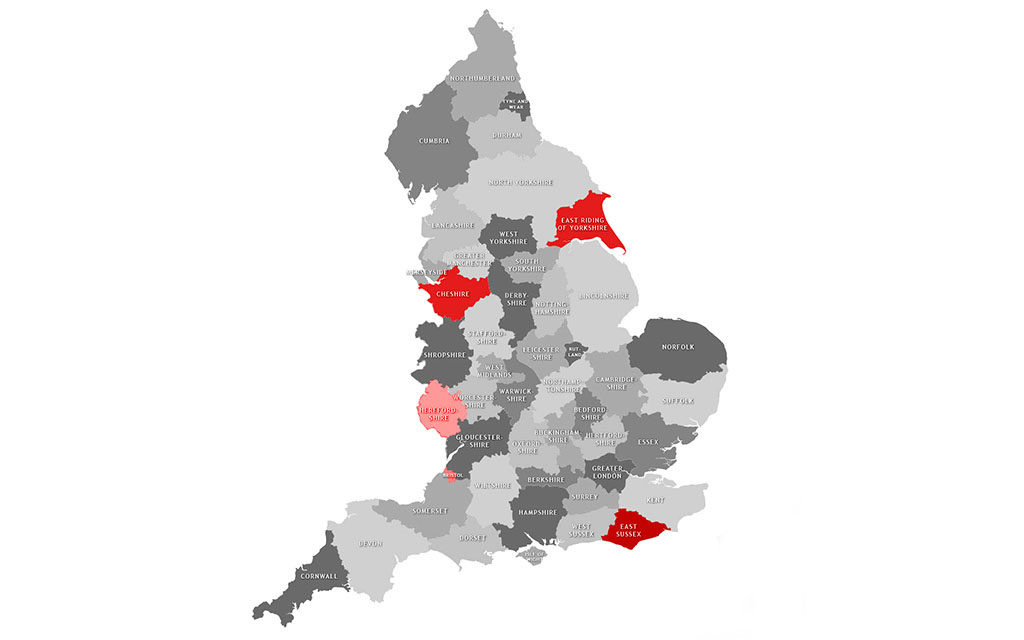 Bristol, East Yorkshire and Herefordshire top the charts as the counties with the highest amount of reported motorcycle thefts per capita.

While Greater London always makes the headlines when it comes to motorcycle theft and motorcycle-enabled crime, it ranks 8th on our chart, due to it having fewer motorcycle thefts per capita, below the counties of East Sussex, Derbyshire and Berkshire.

A Detailed Look At Motorcycle Theft By Regions of England 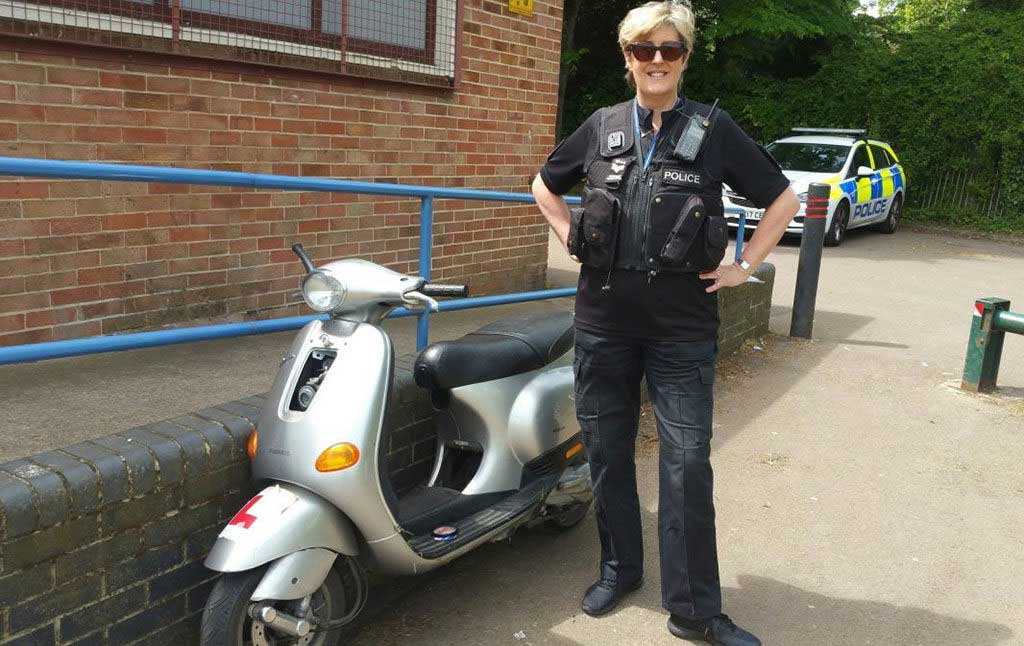 The tables below rank each of the English regions according to the volume of reported stolen motorcycles.

Of the 9 regions, Greater London ranks 1st, with the highest amount of stolen motorcycles, while the North East ranks 9th, making it the region with the least reports of motorcycle theft.

The tables below show the percentage of reported stolen motorcycles in each borough or county as a proportion of the region’s total thefts.

Alongside Greater London, the South East is one of the worst regions to own a bike.  East Sussex recorded the highest amount of thefts with 23.2% of the South East’s total. Kent is the second-worst affected county with 21.4%, while 17.9% were reported in Berkshire. The Isle of Wight is unsurprisingly the region with the least amount of motorcycle theft.

The North West makes up 14.5% of all motorcycles and scooters stolen in England.

Cheshire tops the North West’s table as the county you’re most likely to have your motorcycle stolen, with 37.5% of thefts reported here, while Manchester is close behind with 36.5%.  In fact Cheshire is the England’s 4th worst county for motorcycle thefts per capita in England.

Yorkshire and The Humber

Yorkshire and The Humber is the 4th worst region in England for motorcycle theft with 10% of all stolen motorcycles reported here.

East Yorkshire and West Yorkshire were the worst counties, with 37.9% and 34.8% respectively.  North Yorkshire is the area with the lowest amount of recorded motorcycle thefts, just 10.6% of Yorkshire’s total.

9.1% of reported stolen motorcycle and scooters were in the East Midlands.

48.3% of these were concentrated in the county of Derbyshire, followed by Nottinghamshire with 18.3%. No motorcycles were reported stolen in Rutland.

6.8% of England’s stolen motorcycles and scooters were reported in the East of England. Essex had the most thefts with 35.6% followed closely by Bedfordshire, with 28.9%. Hertfordshire is the third worst county, with 13.3%. The most secure areas were Norfolk and Suffolk, accounting for 6.8% and 4.6% of the regions motorcycle thefts.

The South West makes up just 5.7% of England’s total, however Bristol is England’s worst county for motorcycle thefts per capita.

While the South West as a region scores well, 57.9% of the region’s reported motorcycle thefts were from Bristol and 18.4% in Wiltshire. Both Dorset and Somerset recorded 7.9% of the South West’s total motorbike thefts.

When it comes to motorcycle theft, the North East is one of the safest regions to own a motorcycle with just 2.4% of England’s total.

There were more motorcycles stolen in Greenwich, Greater London than in the entire North East. Most of these reported crimes (68.8%) occurred in County Durham. Tyne and Wear follows with 25%, while 6.3% were stolen in Northumberland. 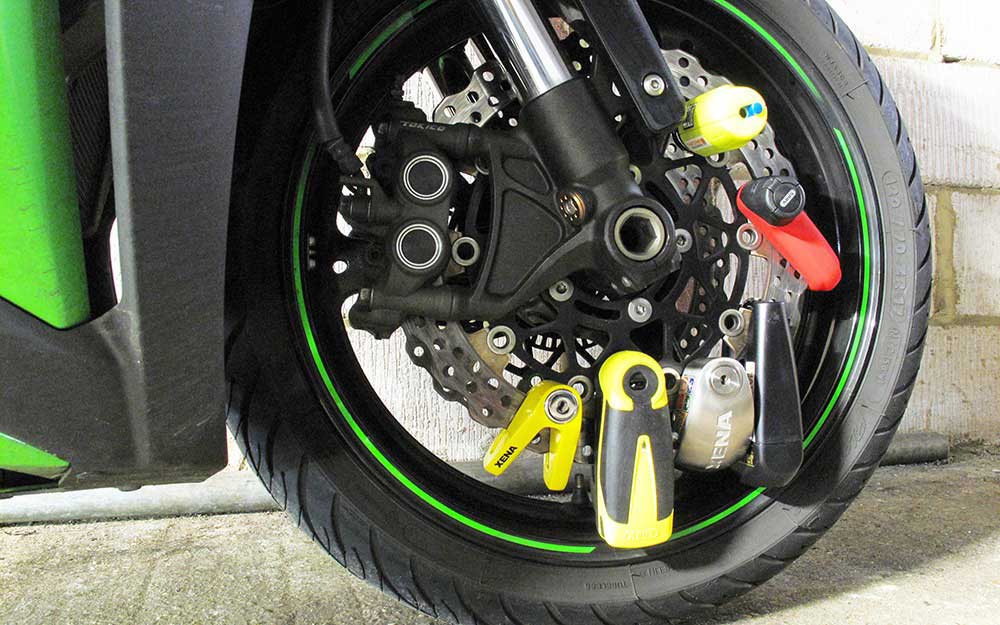 Motorcycles have had pretty much the same security for the past 30 years and yet motorcycle thefts have increased by over 50% in the last 5 years. This huge rise in motorcycle and moped theft coincides with most of the UK’s police policy to not pursue motorcycle thieves if they’re not wearing a helmet – a decision that thieves have capitalised on.

While the police are keen to place the focus on motorcyclists not using enough security to protect their motorcycles, it’s clear that the weak approach by the majority of police forces across the UK has fuelled the rise in motorcycle crime. Simply put, criminals know that they won’t be chased and are unlikely to face justice.

How You Can Reduce The Chances Of Your Motorcycle Being Stolen

Without any additional security, a motorcycle is fairly easy to steal – it always has been.

It’s worth using additional security to make it harder for thieves to steal your bike and reduce the chance of your motorcycle being stolen.

It’s clear to see that some regions are far worse than others when it comes to motorcycle theft. However, no matter how good your security, nothing can guarantee that your bike won’t get stolen.

You can dramatically reduce the chances of becoming a victim of motorcycle theft. Below we outline a simple and cost-effective way to deter thieves from trying to steal your motorcycle or scooter.

The best approach is to think in terms of layers; the more layers of security you use, the more likely a thief will go looking for an easier target.

The layers system is simple:

For more information on how to use layers, see this comprehensive guide on the best motorcycle security. Remember, just one piece of security, like a £30 disc lock, will reduce the chance of you becoming a victim of motorcycle theft by as much as 70%.