Electric motorbikes for sale in the UK

Home » Bikes » Choosing » Electric motorbikes for sale in the UK 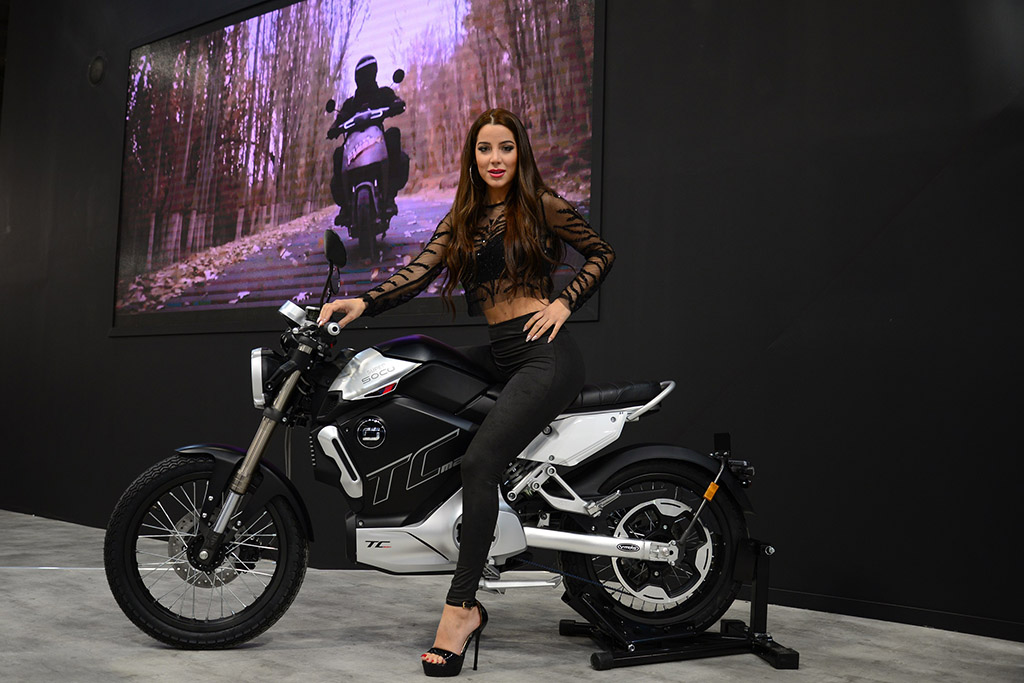 Cars have paved the way for electric vehicles and like it or not, it’s time for motorcycles to feel the electric power. Are you amped-up for the electric generation or feeling flat about the demise of petrol-powered bikes?

You might get a shock when it comes to the price of the majority of electric motorcycles; most are eye-wateringly expensive. These showcase models offer petrol-like performance, decent ranges per charge and – for now at least – low insurance premiums.

These exotic electric bikes are out of reach to most of us but the technology is fast-moving and the performance of these top-end electric bikes will trickle down to the mass-market over the next couple of years.

That said, there are a few more affordable options in our list but their power outputs limit them to being cheap to run short-distance commuters. You could still argue that a 20-year old CG125 would have a lower carbon footprint compared to buying a new cheaper electric motorcycle to use as a commuter.

Whether you’re after top power or a more affordable price, here are all electric motorcycles you can buy in the UK. 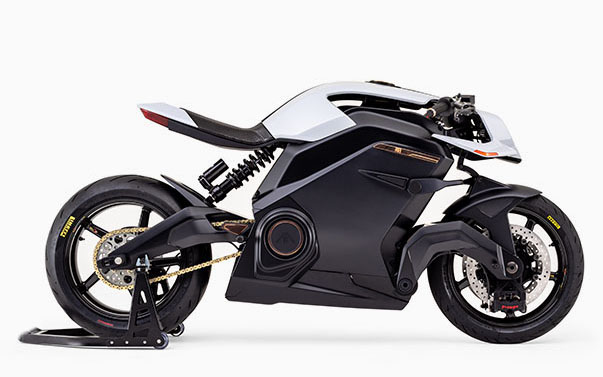 British-made, the ARC Vector is a neo café racer with an electric heart.

Futuristic lines and advanced technologies deliver an immersive riding experience. It might not offer the best value for money but it’s helping pave the way for us mere mortals to be able to afford trick electric bikes in the future.

The cherry on top is its innovative Human Machine Interface, a full outfit equipped with sensors capable of interacting with the vehicle and the HUD helmet that also acts as ignition key. That’s what we’d call a true machine of the future. Coming in a limited edition of only 399 bespoke motorcycles, you need to be quick (and minted!) if you want to get your hands on one. 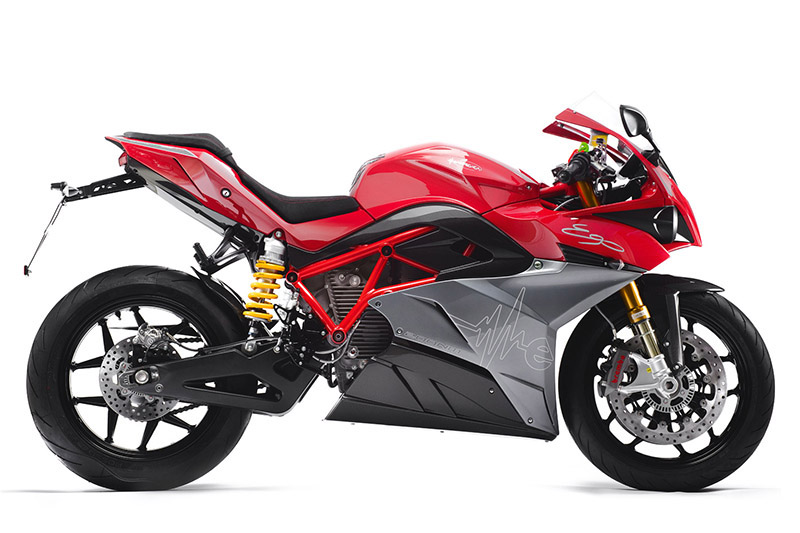 Stand back and squint a bit and the Ego does have a passing resemblance to an MV Agusta.

The first Italian electric motorcycle, the Energica Ego is a serious bit of kit. Proven at the Isle of Man TT, this is no jazzed-up electric bicycle.

Backed up by 200 Nm of torque and 145 horsepower, Ego showcases four riding modes and regenerative maps. We have to applaud Energica for this bike but there’s no escaping the tourer-like 258kg weight and the hefty price-tag. 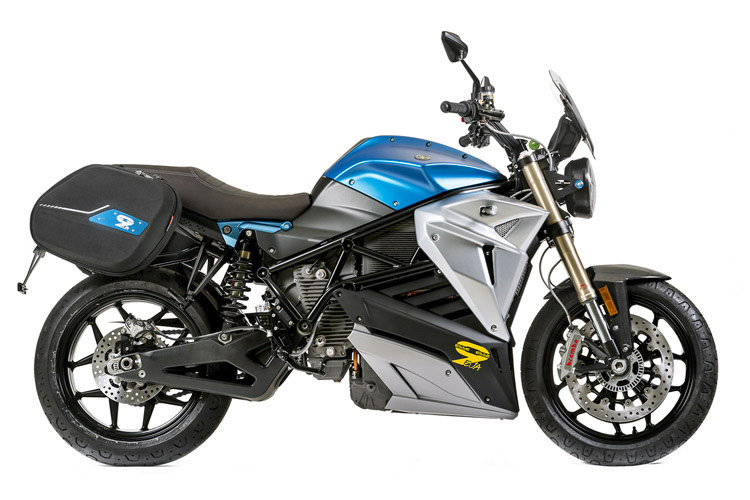 Inspired by the old Roman road Via Emilia, Eva EsseEsse9 is a superb example of electric naked bike with old-school looks. Less powerful than its Ego brother but surprisingly manageable, despite its heavier weight.

It’ll manage around 95-miles to charge, meaning it’s better suited as a ‘properly-sized’ commuter replacement, rather than a sports-tourer. Unless you’re touring, say, the Isle of Wight.

Mid-range price and top-end performance make it a great real-world choice but with that hefty price-tag, you’ve got to really want to go electric to buy this instead of countless other – and arguably better – petrol-driven alternatives. 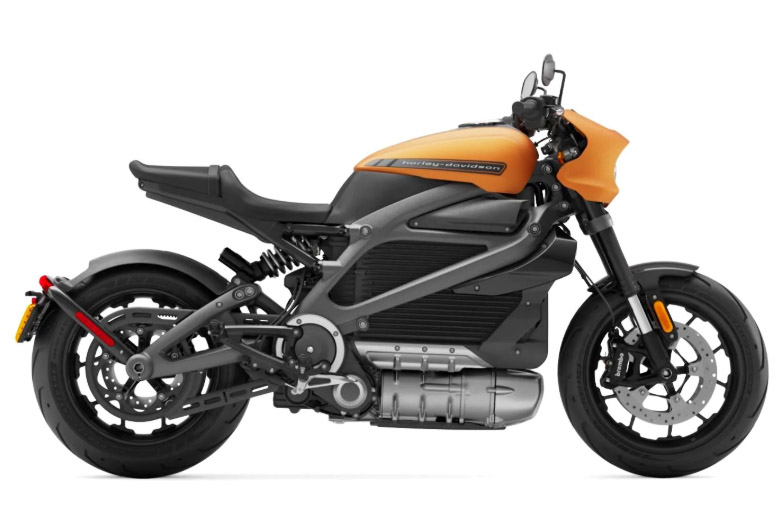 I always thought electric motorcycles would be the writing on the wall for Harley. Personally speaking, I’m fascinated to see how they make the transition from petrol to electric and how they manage to pass their ‘authentic heritage’ over to the electric generation.

Where you love or hate Harley-Davidson, you have to tip your hat to them for this move into electric bikes, way before a lot of the other motorcycle manufacturers.

They have revolutionised their entire style with the new Livewire. This range topper keeps little from the classic chopper lines the brand is famous for, but even if you’re cynical of Harley’s marketing machine, you have to accept they know how to satisfy their fans. The high-voltage battery provides up to 140 miles range, while advanced riding technology will give you confidence and control in those less-than-ideal situations. 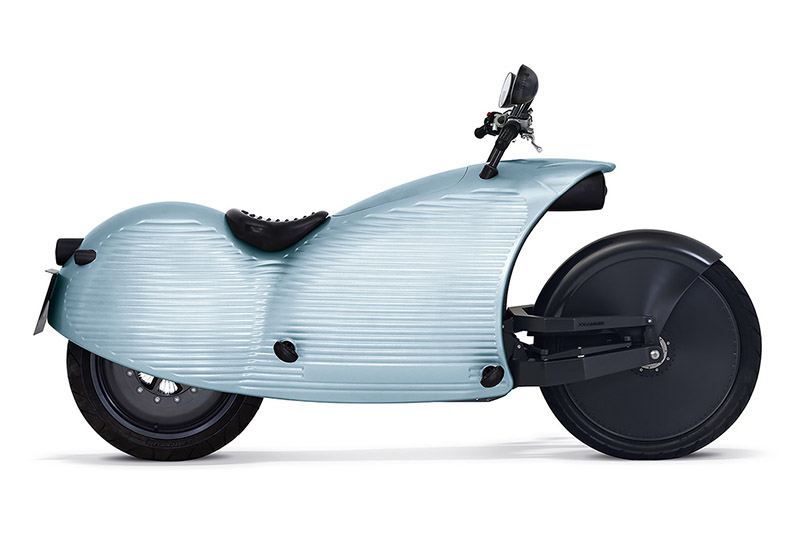 Looking like a wheelchair that’s crashed through a corrugated iron roof, the Johammer is certainly unique.

You either love it or hate it; but regardless of how you define beauty, it’s hard to deny this beast’s performance. Superb battery capacity and range, as well as super-quick recharge, counterbalance the limited top speed. No doubt, this Austrian electric motorbike will make heads turn. 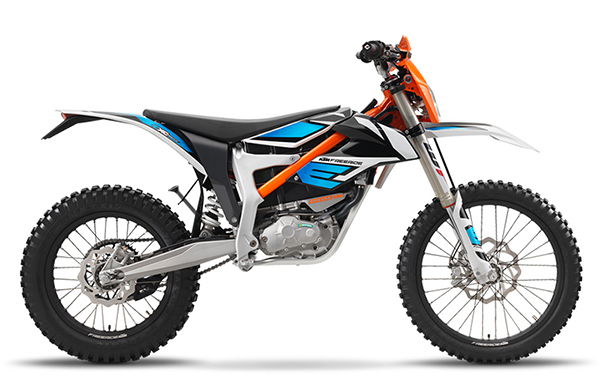 KTM’s electric Freeride E-XC is the perfect off-road bike for those who want to go electric. You can even road register it.

Half-way between trail and MX, it boasts a frame inspired by the world of downhill MTB, and it’s suitable to ride by all bikers, including A1 licence holders.

Benefiting from all riding innovations introduced by the 250F combustion model and boasting a renewed battery pack, this bike is perfect for the adrenaline-driven riders looking at hours of endless fun. 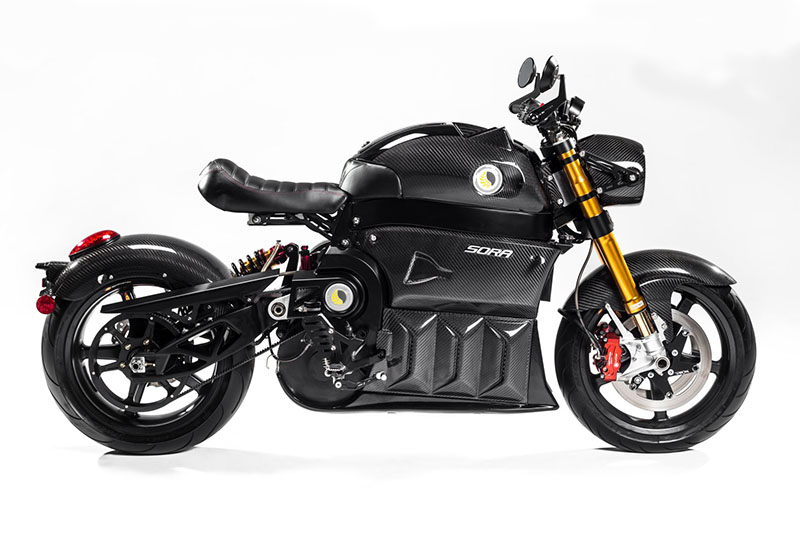 Competing against Energicaa Ego, the Lito Sora is an electric superbike that blends old-school elements with a futuristic design. A stunning – but not necessarily pretty – design is backed-up with a punchy motor. It impresses with a decent 120-mile range and a quick but not ground-breaking 0-60mph in 4.7 seconds.

State-of-the-art design and high-end components will deliver a ride like no other, but you’ll have to pay for it – just look at the price! 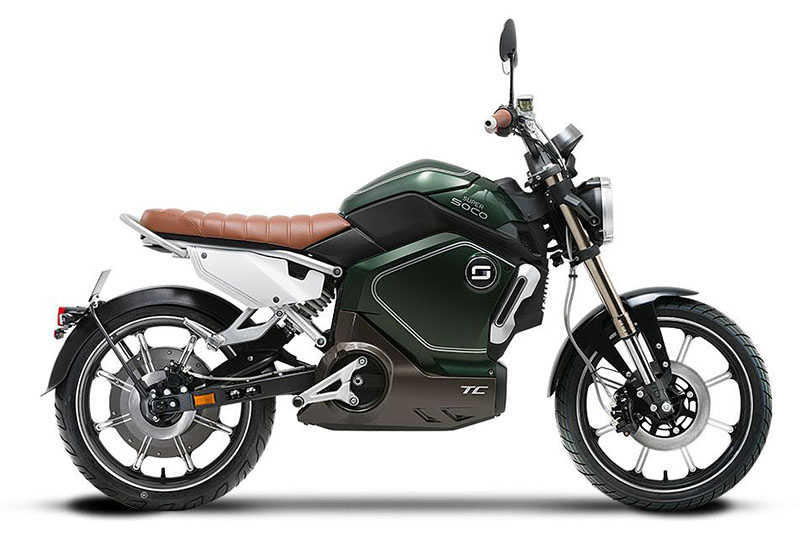 Super Soco TC is an entry-level model that surely deserves some attention. It’s not the fastest nor does it offer the best range but it is well-priced.

With a 45mph top speed and a 40mph range, we think the TC Max is a great contender for city commuters. If your round trip is under 30miles and you don’t want battery anxiety the TC Max will get you to work and back on a single charge.

Its vintage lines remind of the classic motorcycle. But don’t judge this beauty until you hop on the saddle. Modern technologies make it fantastic to ride. Perfect for commuters, it comes with a convenient, removable battery and at 84kg, it weighs naff all, making it easy to cut a dash through traffic. 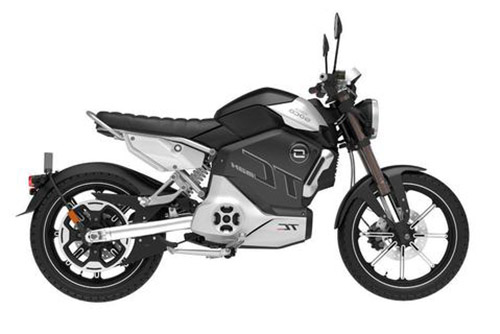 If you don’t want to spend your weight in gold on an electric motorcycle, the Super Soco TC Max could be a great contender. It’s not the highest-performing electric bike out there but it has excellent road stance and comes cheap.

With a 60-mile range and a 62mph top speed, it’s a definite rival for an A2-level commuter bike. It’s also inexpensive to run and insure; just perfect for beginners. 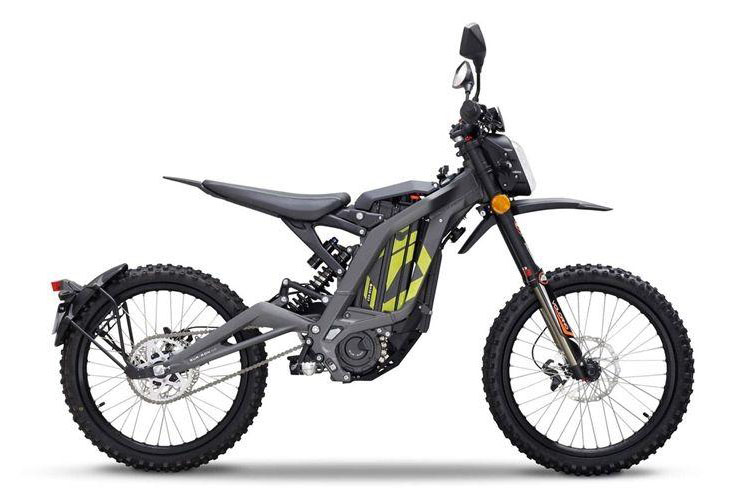 Off-road lovers riders will surely be tempted by this electric dirt bike. It comes at a price that won’t break the bank.

Robust construction, minimalist naked lines, and rugged, off-road tyres will let you climb steep slopes, but also tackle urban roads; all in an extremely lightweight and manageable package. Ride it on a CBT – result. 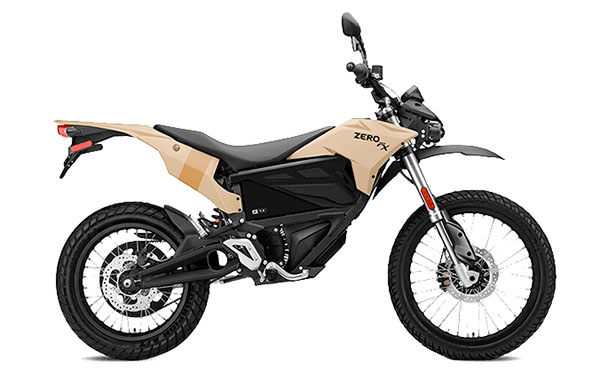 The FXS ZF7.2 is Zero’s entry model with supermoto abilities. Powerful and agile, it can tackle all on-the-road and off-road challenges.

Exceptionally manageable, it delivers a silent fly over your favourite trails and boasts a regenerative braking system that saves energy and increases the battery life.

Eco and Sports driving modes – as well as fully customisable performance through the dedicated app – gives you full control over your ride, all at an attractive price tag. 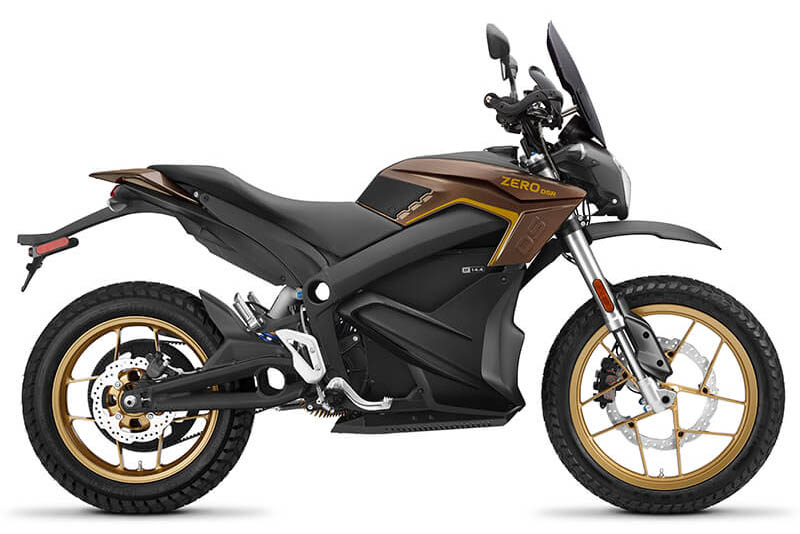 The DSR from Zero impresses with aggressive looks and sportsbike-like performance on both asphalt and – if you’re brave enough – dirt trails. Full of torque, this mid-range model is a tad more affordable than the SR/F Streetfighter yet it still delivers a punchy riding experience. 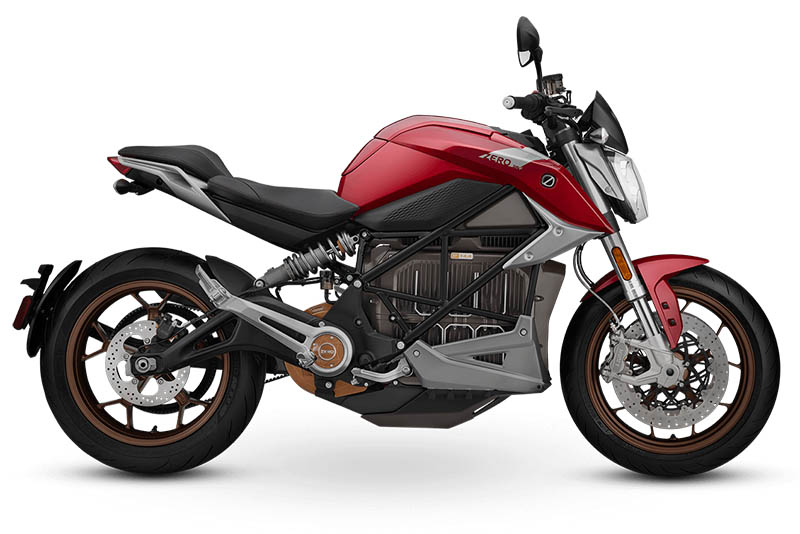 Coming from sunny California, the Zero SR/F is an electric motorcycle like no other. Slim, light, and friendly to ride, it can tackle the urban jungle as well as more challenging twisty roads. The powerful battery lets you ride up to 200 miles per charge and reach a top speed of 125mph. It’s surprisingly quick for an electric bike, but all these features come at a heftier price

The Best Electric Bike for You

From futuristic lines to old-school inspired models, the newest electric motorcycles are paving the way for the future of motorcycling.

There are quite a few options out there in terms of price tags and riding style too. Whether you want a road, racing, or dirt bike, the range is growing all the time and prices of electric bikes tumble just like prices of the latest TVs or other electrical gadgets.

So while you might not want to dive in now, it’s always good to know what’s out there and what’s just around the corner.

Five years from now, we’ll likely have five times the number of electric bikes on the market with prices that are more realistic for most riders. Do you really need to use up petrol on your daily commute – wouldn’t you rather save it for a Sunday blast and buzz to work powered by volts and not fossils?